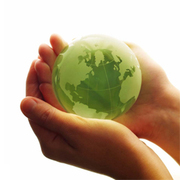 There are plans to start production of bio-oil in Kajaani after the closure of the paper mill.

We are collecting a group to discuss the prospects of bio oil, biotechnology, and market prospects.

I change this group to cover all things about writing.

Take a look at what the US President is saying about bioenergy and biofuel at the WIREC Conference in Washington, March 2008.

My job, as the President of the country, is to put pro-growth policies in place. But we're dependent upon oil, and so as our economy grows, it's going to create more demand for oil -- same with China, same with India, same with other growing countries. It should be obvious to you all that the demand is outstripping supply, which causes prices to go up. And it's making it harder here in America for working families to save, and for farmers to be prosperous, and for small businesses to grow.

The dependency upon oil also puts us at the mercy of terrorists. If there's tight supply and demand, all it requires is one terrorist disruption of oil and that price goes even higher. It's in our interests to end our dependency on oil because it -- that dependency presents a challenge to our national security. In 1985, 20 percent of America's oil came from abroad. Today that number is nearly 60 percent.

President George W. Bush stops to talk to the manufacturers of a converted plug-in hybrid electric vehicle during his tour of the Washington International Renewable Energy Conference 2008 Wednesday, March 5, 2008, at the Washington Convention Center in Washington, D.C. White House photo by Chris GreenbergNow, all the countries we import from are friendly, stable countries; but some countries we get oil from don't particularly like us. They don't like the form of government that we embrace. They don't believe in the same freedoms we believe in, and that's a problem from a national security perspective, for the United States and any other nation that values its economic sovereignty and national sovereignty.

I've come today to tell you that America is the kind of country that when they see a problem, we address it head-on. I've set a great goal for our country, and that is to reduce our dependence on oil by investing in technologies that will produce abundant supplies of clean and renewable energy, and at the same time show the world that we're good stewards of the environment.

The Future of Forest Industry

You need to be a member of Writing to add comments!

As an (originally) environmental microbiologist, I was very pleased when reading the news, delivered by BBC web site, tonight:

A novel biotech method, based on the growth of coliform bacteria, has recently been tested in laboratory conditions by British scientists. This sounds very promising because the simple nutritive requirements and rapid growth of coliforms. E.coli has the world record of growth rates: it can duplicate in 20 minutes when growth environment is optimal. In addition, coliforms can use sugars, derived from mechanical pulp manufacture - suits also to Finland?

Comment by Helge V. Keitel on April 20, 2009 at 9:28pm
Juha, I think you have been doing a great work in promotion of the Industrial Microbiology. I'd like to get an in-depth digital story about the award. Here is a picture about the Nokia and Pulp and Paper Finland. A small country don't have the power to do many things at the same time.

Comment by Helge Keitel on October 31, 2008 at 12:13pm
Sampsa, we started this group to discuss an eventual pilot or production unit of bio oil at the Kajaani mill (biöljy). That intention was published when UPM recently decided to close the Paper Mill.

Comment by Helge V. Keitel on October 4, 2008 at 2:58pm
Ning is a social media platform where people have the freedom to create.


Gina Bianchini: Ning To Launch iPhone Application September 26, 2008. http://www.beet.tv/2008/09/. CAMBRIDGE, Mass. -- The create-your-own-social-network platform Ning has now produced nearly half a million social networks, with a new one created every 30 seconds. We're a small part of that movement. Ning is a new way of socializing. Keep on with the good work. There are plenty of opportunities for those who grasp and use the new opportunities to promote their companies, products, service.

Personal branding of knowledge workers can be enhanced in the social media sphere.

Comment by Helge V. Keitel on September 27, 2008 at 5:06pm
We have some complicated stuff going on this network. We also have people with knowledge and experience. The next step is to transform that to projects and pilot plants.

Juha writes below, "Welcome to the 31st Symposium on Biotechnology for Fuels and Chemicals. This year the Symposium will be held May 3-6, 2009, in San Francisco, one of the birthplaces of modern biotechnology. There has been a tremendous upsurge of interest in sustainable fuels and chemicals production over the past several years. Government and private sector support for research, development and deployment of renewable fuels and chemicals technologies is at an all time high."

What could we do in these fields to earn a ticket to the SIM Congress "31st Symposium on Biotechnology for Fuels and Chemicals?"

I'm asking questions to get us away from the narrow national opportunities. Biotechnology and Fuels and Chemicals present global challenges. What could we bring to the table? What about TMBC, PMEU, and Biotouch?

These things are of high interest for our forestry industry and Neste Oil. St1 is into bioethanol. Are we talking with the right people? What should be the next step to get project financing and R&D on the right track?

Comment by Juha Veikko Mentu on September 27, 2008 at 2:54pm
As a member of Soc.Ind.Microbiology (U.S.A.) I have received following letter, calling for abstracts to be presented 3rd-6th May, 2009, in a SIM Sympsium:

Call for abstracts: 31st Symposium on Biotechnology for Fuels and Chemicals
The link is: http://sim.confex.com/sim/31st/cfp.cgi


Welcome to the 31st Symposium on Biotechnology for Fuels and Chemicals. This year the Symposium will be held May 3-6, 2009, in San Francisco, one of the birthplaces of modern biotechnology. There has been a tremendous upsurge of interest in sustainable fuels and chemicals production over the past several years. Government and private sector support for research, development and deployment of renewable fuels and
chemicals technologies is at an all time high. This year's Symposium provides a superb forum for experts from around the world to gather to discuss the latest research breakthroughs and results in this exciting
and growing field. This year's scientific program is designed to facilitate effective exchange of new information and technical progress among attendees from industrial, academic and government sectors. The program includes a variety of oral presentation sessions, poster sessions and special topic sessions as well as ample opportunities to participate in informal discussions. Participants' experiences also will be enhanced by social activities and optional tours to explore the many offerings available in the greater Northern California Bay Area region.

From the SIM Meetings Dept.
Contact us at: meetings@simhq.org

Comment by Juha Veikko Mentu on September 26, 2008 at 5:03pm
Here is another interesting meeting in U.S.A.: what are the opinions of presidential candidates about U.S. Science Policy? (ref. newsletter by Soc.Ind.Microbiology):
FOR IMMEDIATE RELEASE SEPTEMBER 25, 2008

National leaders on science and technology policy will meet Friday in Washington to discuss the #1 issue facing America. Senator McCain will be represented by longtime adviser and policy expert Floyd DesChamps. Senator Obama has yet to respond to the invitation.

Science and technology drive the economy and are the keys to our security. Every facet of the future will be shaped by the options they offer. The Center for Policy on Emerging Technologies, lead sponsor of the forum, has been established with wide bipartisan support and participation from corporate, policy and civil society sectors - to raise the profile of S and T policy and especially the long-term transformational significance of “emerging technologies” such as biotechnology and nanotechnology, and applications such as artificial intelligence and robotics.

One panel will address the federal role in S and T policy. It will be led by David Goldston (former staff director of the House Science Committee) and include Phillip Bond (former Undersecretary of Commerce and currently president of a lead technology trade group) and Reece Rushing (Center for American Progress).
Space policy experts include NASA’s Planetary Protection Officer Cassie Conley and former Chief Medical Officer Arnauld Nicogossian.

The Emerging Technologies panel brings together bio and nano experts including former CEO of AVANTI Immunotherapeutics Una Ryan and Intellectual Property lawyer Jennifer Camacho.
“We face two huge issues, both of them neglected by leaders of all parties,” says Nigel Cameron, C-PET President and Illinois Institute of Technology Research Professor; “the general state of US science, technology and engineering is worrisome as our spending needs to be more intentional and the long-term prospects of trends in education are dire for American leadership. Side by side, the implications of tomorrow’s technologies for every aspect of our society have yet to be taken seriously. Science needs a much higher profile in the policy community. That’s why we have started a new think tank – and invited the presidential candidates to lay out their wares for us at Friday’s National Press Club forum.”
Co-chairing the forum with with Nigel Cameron will be Jonathan Moreno (University of Pennsylvania and Center for American Progress), and University of Maryland Biotechnology Institute President Jennie Hunter-Cevera. “It is very timely to have our leaders in the country discuss the current needs and gaps in education, science and technology to keep our country competitive at the global level. Science on the front end of discovery is moving ahead very fast while the back end on regulatory and policy issues are still catching up and presenting barriers to moving the technology out to end users.’, state Jennie Hunter-Cevera, president of UMBI and past-president of SIM.

The forum is co-sponsored by the University of Maryland Biotechnology Institute and the Society for Industrial Microbiology.
National Press Club, Washington, DC Friday 9/26, 9.30-5.00

Comment by Helge V. Keitel on September 26, 2008 at 9:03am
Supply Chain Management is a part of the Bio Oil project. Here is a Ning platform discussing SCM.

Comment by Helge V. Keitel on September 23, 2008 at 6:36pm
Heikki Huotari, welcome to this group. You can write in Finnish or English. Add your objectives to find a Master of Science work, which fields of interests you have and your personal goals. The information is then shared to a broader group.