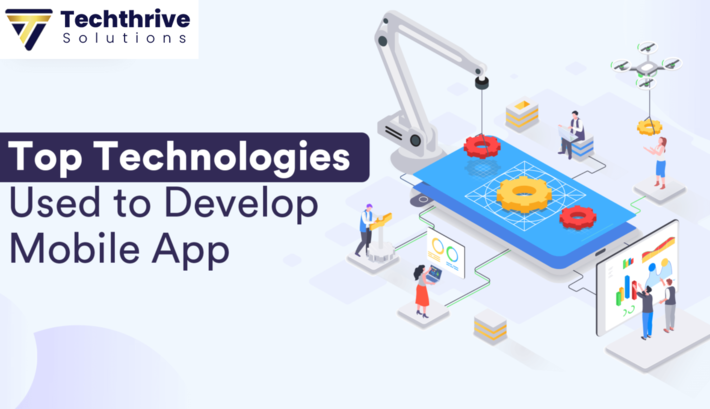 Your business needs right and recent technology if you are a startup. However, it can be more valuable to your potential investor if it provides a mobile-based solution. The cause is clear. Users worldwide log four to five hours per day using mobile apps. Mobile apps are practical, handy, and provide instantaneous solutions to users' problems.

Python is one of the most widely used technologies for creating mobile applications. Python streamlines and accelerates the creation of mobile apps, making it a favourite among developers and organisations. Python is an open-source, portable, high-level, dynamic programming language. It offers a number of features, such as integrated debuggers for easy app development, a large community, support for GUI programming, and numerous frameworks and libraries. The language is primarily used to create scalable, feature-rich mobile apps quickly.

Flutter was created by Google. Cross-platform apps can be made by mobile app developers using this open-source mobile app development SDK. So you can create apps with Flutter that operate effectively on iOS and Android.

Dart is a programming language used by Flutter to assist developers in creating native user interfaces. It does away with the requirement for developers to start over when creating a single application for two platforms.

Java is a well-known and favoured object-oriented programming language that is older than almost other technologies. It is a very secure language that is also simple to use. To assist developers in creating different kinds of Android applications, Java provides a wide variety of open-source libraries, extensive community support, and thorough documentation.

Apple Inc.'s Swift is a general-purpose programming language. On platforms like iOS, macOS, tvOS, Linux, etc., developers can use Swift. Swift provides cross-platform capabilities and an efficient coding approach. Its Playground feature can assist developers in investigating original designs. Swift is a good option for creating contemporary server apps. But keep in mind that Swift does not support the development of Android applications.

If your startup business idea calls for creating a complicated mobile app, Kotlin might be the best option. It is a cross-platform programming language that is completely compatible with Java and is thought of as the latter's newer version. You can create Android apps using Kotlin since it is easy to understand, secure, and offers a wide range of tool support.

Ionic is a well-known open-source framework for creating apps that run on HTML. It focuses primarily on aesthetics, such as how the app feels, appears, and is used. Ionic is regarded as a multi-use framework that enables businesses to create progressive, cross-platform, and hybrid applications. Ionic is a good option if your development schedule and budget are constrained.

Microsoft created Xamarin with the primary goal of assisting.NET developers in creating fast and cutting-edge apps for iOS and Android. It is an open-source, cross-platform development framework that creates applications using a C++ programme. Furthermore, Xamarin's cross-platform capabilities speed up development and save costs. So it might be appropriate for startups with a limited development budget.

We are the Best UI&UX Consultant is Bangalore to review your needs to identify the right mobile app development technology aligned with your needs. Further, our developers adopt the right development approach to ensure a quick and seamless development process.

So, choose Techthrive Solutions as your Best Mobile App Development in Bangalore to strengthen your business idea and deliver value to your users!